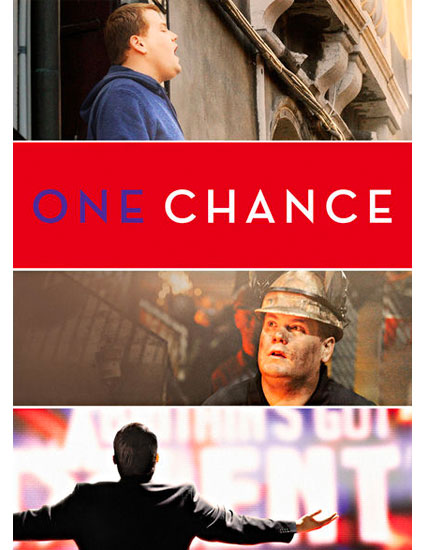 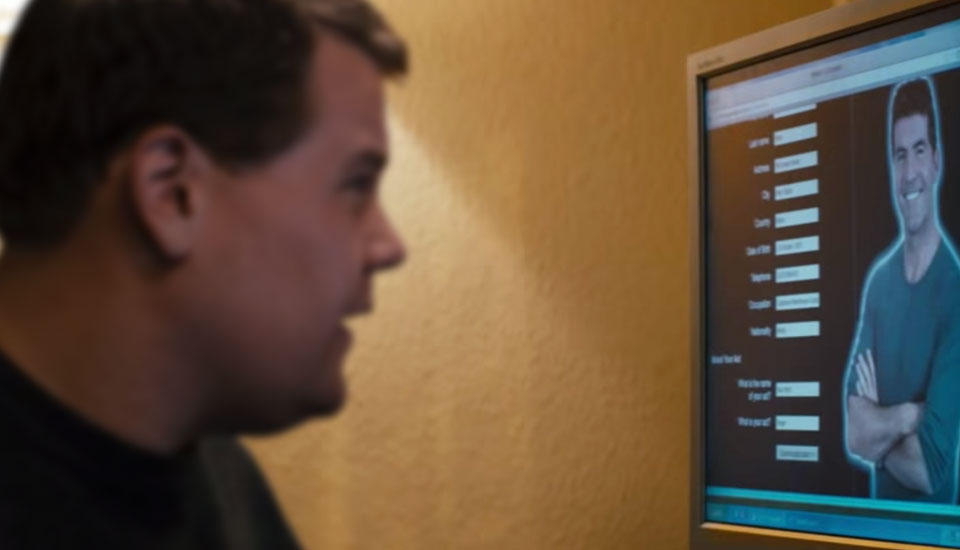 Narrative Industries created and controlled various screen graphics on sets & locations of the film to help tell the story. One of the more visible scenes to feature our film graphics is when the story requires Paul Potts, played by James Corden, to complete an online application form to enter Britain’s Got Talent.

Some of our team have a history of working in feature films, including designing the graphics for James Bond movies, but Narrative don’t normally do screen graphics for feature films. This was a small job compared to working on the big budget films like the 007 franchise, but it gave the team a chance to show off their skills and spend some time back on a film set with a lovely crew.

Film Graphics for One Chance

One Chance was backed by Simon Cowell’s production company, Syco, and released in October 2013. It’s a heartwarming tale and we urge you to watch the whole movie, but you can see a little bit of the screen graphics we made for the film from about 1 minute and 20 seconds into the One Chance movie trailer, when James Corden, as Paul Potts, agonises over his application.