No-one likes hassle. If it takes a lot of thought to work something out, then people are far less likely to do it. I don’t imagine thats a revelation to you, but somehow many businesses seem to forget about this when designing how customers use their services and driving people away. Even if a customer does use a difficult service the first time, the memory of that hassle makes them much less likely to do it again.

And when I say “design” I don’t mean what it looks like. I’m talking about the design thinking that went into breaking down the service so that it can rise to meet the users’ needs.

You may have encountered a particularly poorly designed phone system as you go through the process of “press 1 for accounts, 2 for sales…” but never hear the option you actually need so you’re forced to go round again and again until you get something close; A well designed system anticipates the potential pain points and tries to avert them before they have a chance to cause the user frustration.

In cognitive psychology, the amount of effort required to work something out is known as cognitive load. There are many different forms of it, and it’s not the same for everyone but one thing remains constant: that heavy cognitive load can have negative effects on task completion.

… heavy cognitive load can have negative effects on task completion

Cognitive load theory was developed out of the study of problem solving by John Sweller in the late 1980s. Sweller argued that instructional design can be used to reduce cognitive load in learners and the same applies to getting people to buy from your website, sign-up to your event or perform practically any task.

In most business contexts, reducing cognitive load – how much thought it takes do to something – will improve the user experience and increase conversions. It can be a complex process of testing and evaluation but any business owner can achieve a lot simply by shifting to a mindset of putting the customer first. You can find everywhere examples where organisations have failed, often spectacularly, to put their users first and have ended up making things unnecessarily complicated. 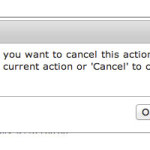 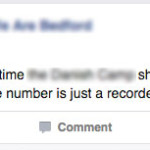 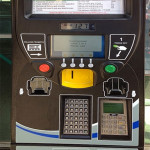 Usually this is unintentional and the result of a lack of design thinking and failure to put the customer first, but cognitive load can also be used negatively, to deter people from doing something – try finding the privacy setting in Facebook, or a phone number on Amazon or PayPal and you’ll probably give-up trying before you can find it ( incidentally, Facebook’s privacy settings are on this link, Amazon UK support phone number is 0800 496 1081 and PayPal‘s UK support phone number is 0800 358 7911 ).

Many organisations minimise cognitive load to increase their profits and create a better UX: The success of Google’s search is evidence that this approach works. At a time when search engines home pages were information heavy portals, Google produced an interface that was just a text box and two buttons (you may not notice the “I feel lucky” button). They reduced the distraction and minimised the amount of effort required from the user and did all the hard work of understanding what the user wants behind the scenes. These days it’s common knowledge that Pages and funnels that have high conversion rates have simplified instructions.

Pages and funnels that have high conversion rates have simplified instructions

Similarly supermarkets often place the products they want you to buy at eye height because the ones that take less effort to find will sell easier; A car dashboard, like a jet-fighter cockpit, has the most important dials and switches in positions that require the minimum movement while the less important switches are placed further away. These examples show a heightened awareness of what the user/customer is going through and aligns their design and UI with their needs.

Similarly, on an eCommerce or any other kind of website, there are many ways to reduce cognitive load so that your visitors will do what you want them to do. These include ensuring specific journeys are clearly signposted using position, typography and colour to reflect the hierarchy of information, removing unnecessary clutter & potential distractions so that your visitors can get to where they need to be much more easily, whether that’s the (streamlined) checkout or a page with the information they want.

The process of defining & refining customer journeys to minimise cognitive load involves understanding customers’ needs and aligning them with your business objectives. This requires a process of design thinking and crosses visual design, functional design, and UI & UX and it’s something that is best done from the very start, long before a brief is written. This is why Narrative Industries work with our clients from the earliest stages of conception to ensure everyone down the chain is working with customer journeys that are already optimised for conversion.

To find out more about how we help our clients put their customers first and become more effective on the internet, get in touch.